by wpengine // in Life, Success, Wealth 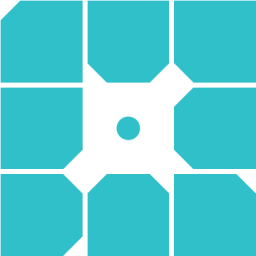 This is the "wpengine" admin user that our staff uses to gain access to your admin area to provide support and troubleshooting. It can only be accessed by a button in our secure log that auto generates a password and dumps that password after the staff member has logged in. We have taken extreme measures to ensure that our own user is not going to be misused to harm any of our clients sites.

Everyone has the potential for wealth. But sometimes we’re our own worst enemy. Learn about common barriers and how to break past them.

Mental barriers happen to anyone at any time. They generally happen as a result of life experiences and your reaction to them.

Often, you can go through life without ever realising that you have mental barriers holding you back. That’s how ingrained this learned thinking can be. But some people rise above and break through the mental barriers set before them.

Investment legend Warren Buffett had a better start than the average person. His father was a businessman and investor. Howard Buffet was also quick to give his young son invest advice from an early age.
Because of his upbringing, young Warren developed an interest in investing from an early age. And entrepreneurial ventures dotted his childhood.
In fact, in 1942 he bought his first stock at the tender age of 11. Instead of spending his hard-earned money on comic books and candy-like other boys his age, he chose to buy shares of Cities Service Preferred.
And by the time he turned 16 years old, he was well on his way to greatness.
Warren Buffett wasn’t afraid of a little hard work. He brought in more money per month than most teachers during that time period – delivering newspapers!
And he had a few side gigs like selling collector stamps and used golf balls. He even buffed cars to make a few extra dollars.
He had over $53,000 banked from different business ventures and investments.
That’s not bad for a high school student.
Sure, the illustrious Mr Buffett had an obvious knack for business. But he had his share of setbacks, too.
For example, Harvard Business School rejected his application. And his own father-in-law told him he would fail in his ventures.
Any type of setback can dishearten and discourage people. But it was only a temporary setback for him.

Warren Buffet understands that you make mistakes in life. And sometimes you encounter setbacks.

However, he believes that you need to program your mind to see opportunities. Even in setbacks.

That’s exactly what he did when Harvard Business School rejected him. Yes, the rejection was a disappointment, and probably disrupted his plans. But he pulled himself together and investigated other education options.

He discovered that Benjamin Graham was teaching at Columbia at the time. He admired the legendary investor and economist, so he applied and got accepted to Columbia.

It wasn’t Harvard Business School. But guess what?

Benjamin Graham eventually had a major influence in Warren Buffett’s life – and he taught him everything he knew about investing. Buffet’s rejection from Harvard ended up being one of the best things that could happen to him. But he wouldn’t have had the opportunity for mentorship under Graham if he allowed those setbacks to hold him back. When is the right time to start building wealth?

The answer is: when you want to start building it!

There’s nothing to stop you!

He started his wealth-building strategy when most boys spent their allowances on whatever boys did at the time. Many people wait to reach a certain age before building wealth. But Buffett had the benefit of an investor father who had lots of advice and encouragement for his son.

Of course, not everyone has the business savvy and supportive investor father to start before voting age. But you get the general idea. If you have the right financial plan, it works at any age.

Tim Sykes is a famous, young stock investor who used his bar mitzvah cash to make his first investment. At first, he invested in penny stocks. But by the time his 21st birthday came around, his worth had reached over $1.5 million.

Savvy investments aren’t the only way to build your wealth. Do a quick search online, and you’ll see many instances of millionaire entrepreneurs who made it big before they hit 20 years old.

The illustrious Mr Buffett may have picked up investing at a very young age. But, did you know his net worth didn’t hit the billions until after his 60th birthday?

Prior to that, his net worth was around $376 million.

So, what can you take away from these success stories?

If you have a good idea, sound financial plan, and the right mindset, age really is just a number. So, don’t let it be the limiting factor for your own success.

What’s a guaranteed way for a good idea to die a slow death?

Being afraid to ask for help.

Most people don’t reach the level of success they dream about because they were too afraid to ask for help or advice when they needed it.

This attitude shouldn’t come as a surprise to you. Society promotes self-reliance from a very early age.

As a child, maybe you learned that you needed to figure things out on your own. Or you never raised your hand in class because you were afraid of ridicule from your peers.

You’re not alone in this.

Some common reasons to avoid asking for assistance may be not wanting others to see you as:

Building the right team of reliable and knowledgeable people can help counter the moments when you feel inadequate or overloaded. Sure, it’s scary to give up control of your business or venture. If you’re in trouble, though, it makes more sense to ask for help sooner rather than later.

But learning to ask for help is not only healthy. It also makes sense from a business perspective.

Even as an adult, he wasn’t afraid to seek help when he needed it.

He says that surrounding yourself with people who are better than you are, which he termed “high-grade people,” is a great way to soak up their desirable skills and habits.

After all, why should you wander around trying to figure something out when an expert already learned the lessons for you? And the same or another expert can offer you advice that can save you a lot of time, money, and heartache.

Help is available for the asking. But you do need to recognise when you need it.

Fear of rejection is universal.

Everyone encounters it from time to time in life.

Maybe you didn’t go for a job opportunity because you were afraid you wouldn’t get it. Or maybe you neglect to ask someone for a date because you fear that they’ll say “no.”

This fear is insidious and can permeate different parts of your life. It’s also one of the biggest mental barriers to success.

Fear of rejection is an automatic loss for you because you talk yourself out of even trying.

Do you recognise some of these signs? These are all different ways that the fear of rejection may manifest itself.

Unfortunately, there’s no magic strategy that mitigates rejection completely. Even the most successful business people in the world experience it from time to time.

Billionaire Jack Ma, the founder of Alibaba, is no exception.

Jack Ma rejected by a fast-food chain.
​When KFC came to Jack Ma’s city, they rejected his application.
​That’s right.
​24 people applied for a job at the famous fast food restaurant, and 23 got accepted.
Jack Ma was the only one left out.
​Talk about a humbling experience!Yet, that didn’t stop the future richest man in China.
​And it shouldn’t stop you either.

When you learn to break down that mental barrier and take rejections in stride, not only do you open yourself up for success. But you also start building your self-confidence.

Remember, “nothing ventured, nothing gained.” So, get out there and start gaining some ground.

Do you need constant approval and validations for what you do in life?

Does the approval of others make you feel better about the decisions you make or the direction you’re heading in?

Positive self-concepts play a huge role or barrier to your potential success.

Try to ease up on judging yourself too harshly. You’re your own worst critic, and what you tell yourself can shatter confidence more than any outside source.

Also, take a serious look at what you bring to the table. If you have confidence in your value, it’s easier to block out negative feedback. The more confidence you have about yourself and your own value, the less input you need from outside sources.

It’s Time to Knock Down Some Barriers

Barriers are defence mechanisms that can protect you from potential danger. But they can stand in the way of potential success, too.

If you want to build wealth, it’s time to go out and grab it. And that may mean knocking down some barriers along the way.

Don’t let things like age, fear, and low self-confidence block the path. No one sets out knowing everything about wealth – not even investment gurus like Warren Buffett. You have unlimited potential, though, if you have the courage to ask for help.

Breaking down mental barriers may be a scary process. But it may be the only way to get from where you are to your unlocked potential. And aren’t those potential opportunities better than missed opportunities?

Let us help you unlock your potential. Email for a free one-on-one coaching session at: [email protected]

This inspiring 1-hour coaching call can help you bridge the gap from where you are now in your life to where you'd like to be. About the author, wpengine

This is the "wpengine" admin user that our staff uses to gain access to your admin area to provide support and troubleshooting. It can only be accessed by a button in our secure log that auto generates a password and dumps that password after the staff member has logged in. We have taken extreme measures to ensure that our own user is not going to be misused to harm any of our clients sites.